Monitoring VPN and VDI with ServiceNav

What are VPNs & VDIs?

The Virtual Desktop Infrastructure (VDI), meaning a virtual desktop infrastructure or virtual machine, is a system allowing a user to connect from any workstation to a remote virtual session within his company.

Initially, VDIs were designed to provide access to computer systems from anywhere. Typically, VDI users can access their desktop interface remotely. This access can even be achieved via a mobile device, since the entire interface interaction process is handled by the central server.

With a VPN or VDI,  employees can use company resources without being physically present on the premises. Users on the move, in isolated offices or telecommuting have secure access to their personal environment, their applications and the shared resources necessary to fulfil their tasks. Different sites can interconnect (site-to-site VPN), and employees on the move or telecommuting have the ability to operate as if they were present in-site.

What can ServiceNav do in this regard?

Classic VPN monitoring uses ICMP echo requests (or pings) from the ServiceNav Box to determine if a VPN tunnel is in place. When VPN monitoring is enabled, the security appliance sends pings through the VPN tunnel to the peer gateway or to a specified destination at the other end of the tunnel. Pings are sent by default at intervals of 1 second ( and up to 10 times). If no response is received after 10 consecutive pings, the VPN is considered to be down.

Going deeper, specific checks (SNMP, API, WMI requests) can be carried out on network security devices and systems as well as on applications, to determine the load used, the number of connected users, their use of the bandwidth (cf. Netflow and Top n’Lists)

VDI monitoring will be undertaken specific to the underlying virtual infrastructure (servers and devices) in use in the environment (typically: Citrix, Microsoft, Oracle, VMware)

The Service checks can be collated into an IT Weather User Service, as well as into a Dataviz-style Dashboards. Such monitoring can also be incorporated into a larger dashboard view of your network infrastructure.

Below is an example (in French) of a Dashboard which allows technicians and end users to view the load of users using their remote connection infrastructure – in real time. 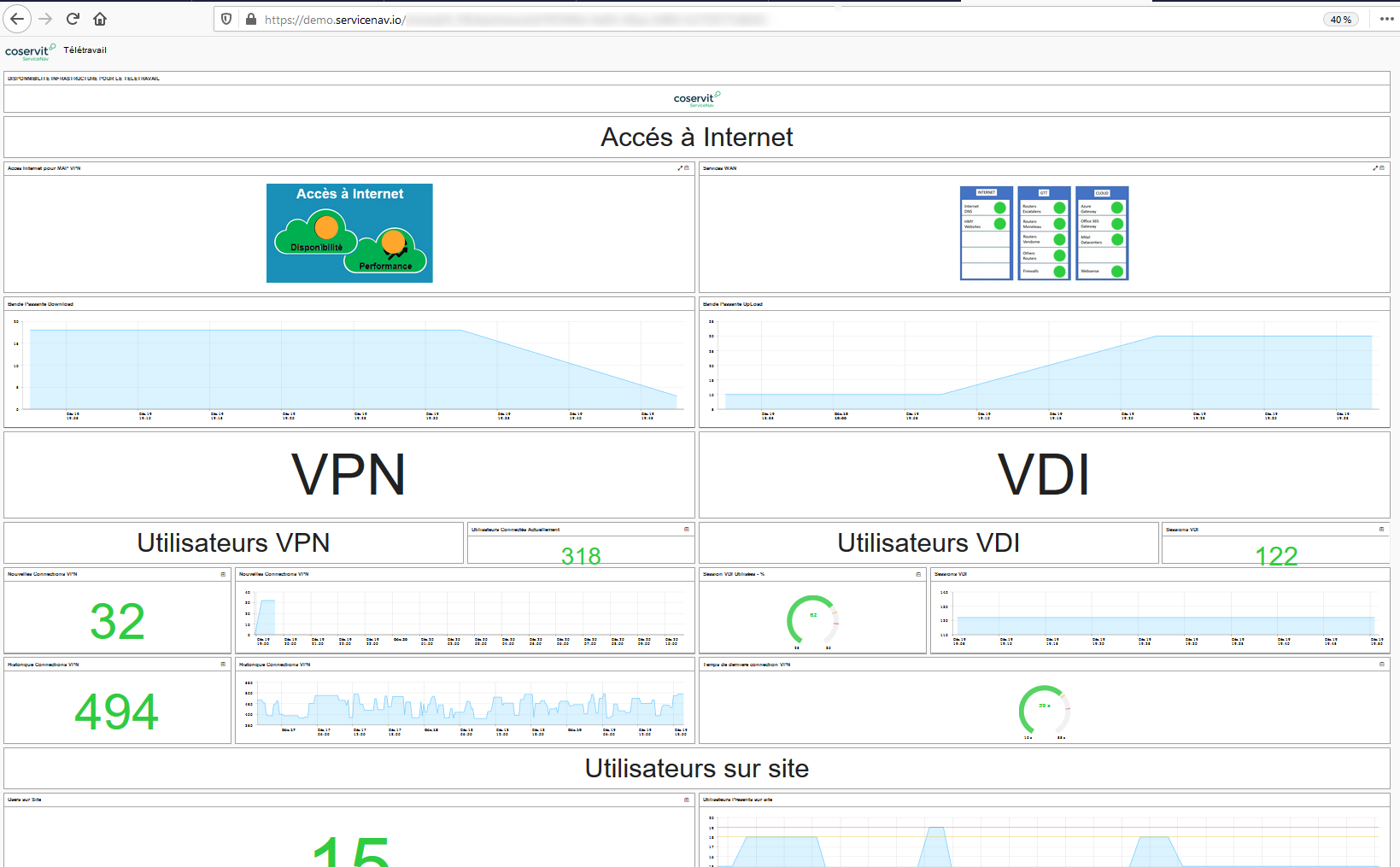 Want to find out more?

Our team is waiting to hear from you: contact us for a demo.

UK ServiceNav Product Development Manager; my priority is to be needful of the particular requirements of all ‘English-speaking’ markets where ServiceNav is sold. I have over 20 years experience of the IT monitoring field - covering a wide variety of products and technologies.

User Services Widget A new widget for high-level monitoring! It is now possible to display IT Weather in Dataviz; giving you a summary of user… Read more

Graph Widget – Improvements Timeline synchronisation The timelines of the graphs displayed on the same dashboard are now synchronized. This feature makes it easier to… Read more 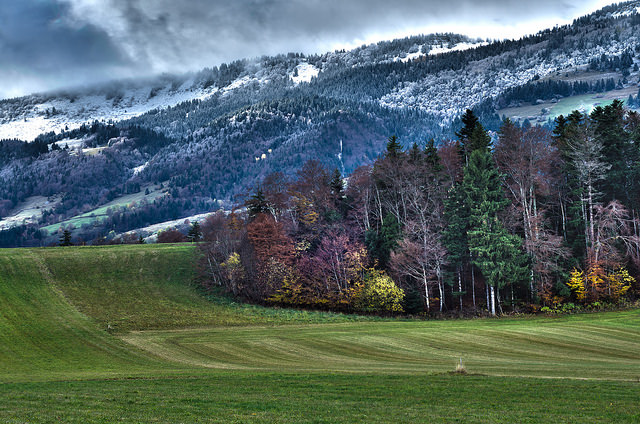 Monitoring in a time of Climate Change