Your network architecture is the backbone of your infrastructure, it supports the routing of data as well as internal and external users access to services.

Network monitoring is essential to ensure that are no problems accessing services and no failures occur. Network analysis tools assists you in optimizing your network infrastructure and increasing the efficiency of your network resources by identifying bandwidth usage bottlenecks.

ServiceNav provides tools to monitor your network in two ways:

A technical failure of the network can be critical; blocking or degrading access to services.

The following service templates support the reporting of technical metrics related to interfaces: 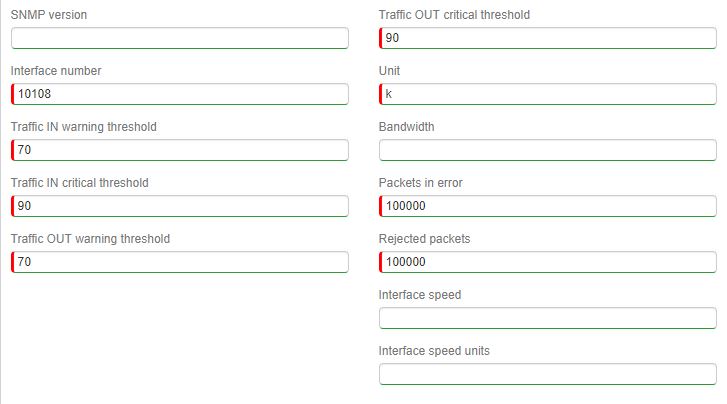 After instantiation, the service will return a status and information on the interface as well as graphical metrics for each of the indicators. 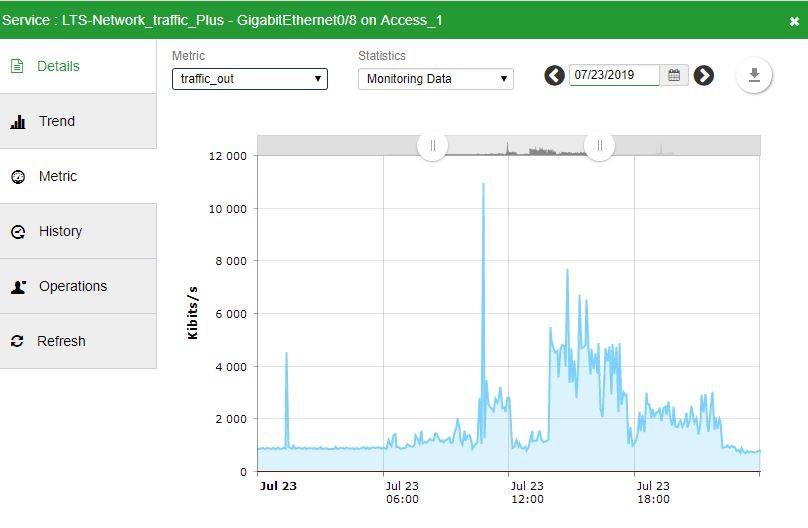 The service weather is configured after having supervised the network equipment and the interconnection interfaces. Below is an example of weather services network architecture based on the hierarchical model in three layers. 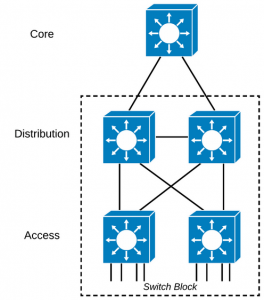 IT weather uses a  hierarchical approach to monitor redundant interconnecting interfaces at all levels:

The advantage of such  modelingis that it enables you to identify which are the devices and network interfaces at the root of any deterioration or failure of the network. The following screenshot illustrates network degradation due to a general problem with the DIST_2 distribution switch: 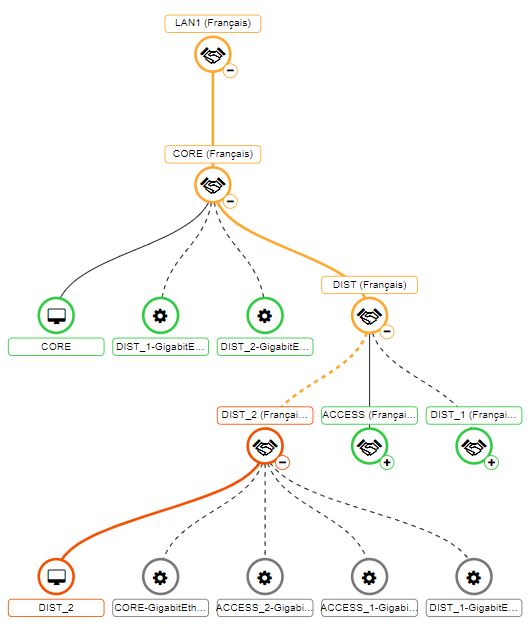 Configuration of a MAP dashboard containing all the elements of the IT Weather service alongside a list of statuses and interface metrics:

ServiceNav provides a detailed view of your network traffic to identify users, applications, and protocols that consume bandwidth. This visibility lets you determine bandwidth usage strategies, optimize your return on ISP costs, and ensure adequate bandwidth for your critical applications and services.

Depending on the technology, use the NetFlow or sFlow service templates and configure dashboards to monitor the usage of your bandwidth.

UK ServiceNav Product Development Manager; my priority is to be needful of the particular requirements of all ‘English-speaking’ markets where ServiceNav is sold. I have over 20 years experience of the IT monitoring field - covering a wide variety of products and technologies.